We Nepalese consider gastritis, so called gastric as a national disease as most of the people suffer from this condition at leat once in their life. Though we call gastritis and heart burn combinly as gastric but there is significant difference in the pathophysiology and treatment approach to these conditions.

Also known as peptic ulcer disease, gastritis is due to inflammation and ulcer formation in stomach and initial part of small intestine. It can occur commonly due to infection by a bacteria called H. pylori, use of painkillers and other medicine and also due to faulty food and eating habits. Here we use the medicines to decrease acid secretion, heal ulcer and kill the bacteria to treat the disease.

In other hand the heart burn also known as gastroesophageal reflux disease (GERD) is due to reflux of acid and gastric enzyme into the food pipe. It can occur either due to increased acid secretion in stomach or inability of valve like action of lower end of esophagus to check the reflux.

Usually person present with symptoms of burning sensation in chest, recurrent belching, reflux of acidic substance up from stomach and false feeling of some mass at throat. Lifestyle and feeding habits adjustment to decrease the reflux are the major approaches to avoid the symptoms. Along with this we use the medicines that decrease the acid production in stomach and decrease its reflux into the esophagus. 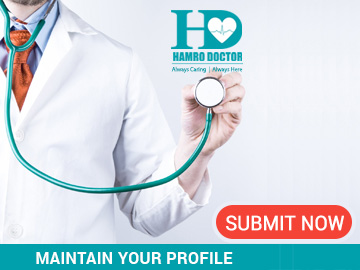